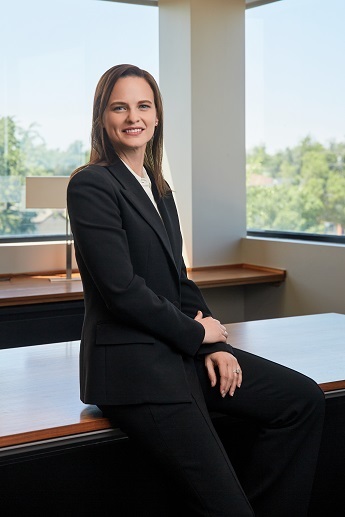 OKLAHOMA CITY, OKLAHOMA –Christian Keesee, Chairman of Kirkpatrick Oil Company is pleased to announce the appointment of Melinda Merideth as President and Chief Financial Officer following Cindy Kyle’s retirement from the company after 13 years of service. Merideth joins the ranks of an exclusive group of women presidents to lead an oil and gas company and is the second consecutive female to be named Kirkpatrick Oil Company’s President.

“I am very pleased to be joining the Kirkpatrick Oil Company team,” said Merideth. “And look forward to carrying the baton forward as we focus on asset growth, through both acquisition and exploration.” With a recent divestiture of 490 non-operated interests in 5 different states, the company is committed to a heightened focus on operation of core assets within the Mid-Continent region.

Merideth has more than 18 years of experience in accounting, finance, corporate development and risk management. She began her career in public accounting with KPMG. During this time she was stationed at the firm’s London office for two years working with international clients in a range of industries.

After returning to the United States, Merideth worked in the film industry as VP of Finance of private equity backed LD Entertainment. While at LD Entertainment, Merideth worked on film projects garnering five Academy Award nominations as well as one film, The Grey starring Liam Neeson, that opened number one at the box office. She then transitioned to the oil and gas industry, serving eleven years at Canvas Energy in a variety of finance and accounting roles. She is a graduate from the University of Oklahoma with a Bachelor of Accountancy and a Bachelor of Business Administration in Management Information Systems. She is a Certified Public Accountant and currently serves as a member of the IPAA and the Petroleum Alliance of Oklahoma.

“The oil and gas industry is challenging and solid leadership has been the key to our success at Kirkpatrick Oil Company,” said Keesee. “As we move into a new era with Melinda Merideth as President & CFO, we have a continued sense of determination. Her breadth of experience is exceptional, and I look forward to her fresh perspective and approach to our business model.”

OKLAHOMA CITY, OKLAHOMA – Kirkpatrick Oil & Gas L.L.C. recently announced a recent divestiture of 90% of its non-operated working interests in assets across five states, as the company has directed its efforts to monetize non-core holdings over the past two years.

“This divestiture further signals our ongoing focus to acquire core operated producing assets primarily in the Mid-Continent,” said Christian Keesee, chairman of the board. “Strategic acquisitions remain a key part of our current and future approach to achieve long-term growth.”

“Kirkpatrick Oil Company has stood the test of time by maintaining our vision that was established more than 90 years ago,” said Cindy Kyle, president and chief financial officer. “Shaped by a combination of successful drilling, acquisitions and divestitures, we take pride in our history and strive to continue the legacy of growth and success."